Should The Nordiques Come Back?

In all the talk about returning NHL franchises to Canada, there is serious movement afoot to revive the Nordiques in Quebec.

Some time ago I posted some news about this, based on an interview by respected Montreal sports analyst Yvon Pedneault (Corus Sports, Hockey Night In Canada) conducted with a former member of the Nordiques organization. The suggestion was that the Nordiques are coming back, and as the interviewee said, "Sooner than you think."

Led by local businessman Mario Bedard and a Quebec-based group of investors, the push in on to sell advance seats and corporate suites to raise money to bring Le Colisee up to NHL standards. They have reportedly already sold 1500 seats priced from $1500 to $3000, and 63 of the available 70 suites.

The recent declarations of KHL chairman and Gazprom executive Aleksandr Medvedev that, in effect, Quebec City "should" have a team, in addition to Medvedev suggestions he is ready to but an NHL franchise, makes this situation all the more intriguing.

The Goverment of Quebec has already offered money to assist investors who want to buy Le Canadien, so Les Nordiques will most certainly shoot to the top of their agenda.

Would they facilitate a joint venture with Gazprom, the KHL and the Russian Government? Not out of the question.

From a marketing perspective, a revival of the Nordiques-Canadiens rivalry means big TV ratings--and potentially big dollars--in a hockey-mad environment.

There are reasons for the NHL to welcome this development. The Bedard Group has already had exploratory discussions with former Nordiques like Michel Goulet who is now part of the Colorado Avalanche executive team, so this group is clearly ready to play 'by the rules'.

If the league were to get behind the initiative, they could not only confound their critics accusing them of being 'anti-Canada', but might also have a way to thwart the threat of an anti-trust lawsuit by Jim Balsillie.

With a number of franchises potentially available--the Atlanta Thrashers being just one of those spoken of as being moveable--the return of Les Nordiques may be more than just a dream.

Your thoughts? Can it happen? Would you like to see it happen?

Make it so. Winnipeg, Quebec City, Hamilton and hell, Halifax... make it all happen.

I'd love to see it happen if it's a sustainable model. I don't know if we'll see teams move from the States to Canada. I really hope I'm wrong but I have the distinct impression that the only chance Canada has of getting a franchise is through expansion. This could be achieved as long as Atlanta, Phoenix and Florida move to Kansas, Las Vegas and ??. Once that has transpired then they can think about bids for expansion in Winnipeg, Quebec, Southern Ontario with two of them winning a team.
_________________
"A child with Autism is not ignoring you, they are waiting for you to enter their world."

I voted the NHL needs this team and the rivalry was great. Thanks DTR for allowing multiple choice on this one.
_________________
"A child with Autism is not ignoring you, they are waiting for you to enter their world." 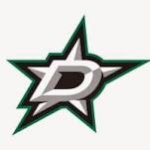 the Diques were my fave team until they were moved.....

We (in Habs land) called them the Dicks cool) .

Quebec City has no major sports -- no football, soccer, baseball or basketball. The Remparts are, pretty much, it. It makes sense that in such a market, especially given the history of hockey in Quebec, that they have the size to support an NHL franchise. Like I said in another thread, could this be why Roy turned down the Avalanche?

Guest
This would be AWESOME, loved the Candiens/Diques, Diques/Bruins Playoff Series... epic contests...

yes the NHL does need the Diques, the greatest reason being those Battle of Quebec playoff rivalries, but another part of it being the more Canadian cities, the better, starting first with Winnipeg and Quebec.

I just feel sorry for the poor bastards in Canadian cities that were led to believe they had a shot at teams as part of Bettmans little game with Balisillie. No amount of money, fan support and/or corporate support will bring additional teams to Canada.

If Bettman were a member of this forum, he would have checked No--let dead franchises stay dead, unless we're talking about Minnesota, Kansas City, Denver and Atlanta, of course.

I just feel sorry for the poor bastards in Canadian cities that were led to believe they had a shot at teams as part of Bettmans little game with Balisillie. No amount of money, fan support and/or corporate support will bring additional teams to Canada.

If Bettman were a member of this forum, he would have checked No--let dead franchises stay dead, unless we're talking about Minnesota, Kansas City, Denver and Atlanta, of course.

ah Screw Bettman and this horse -> :p: he rode in on, hope it turds on his head.

I would love to see the Nordiques back... Another team closer to home. Would make it even easier to go and watch sens games.

Where'd you get that Tuk?

Also, your current avatar (Willie) -- is there really a mustache there, somewhere?

I liked their logo... 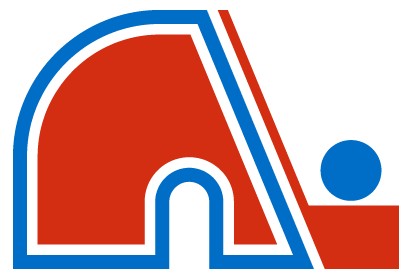 Also, your current avatar (Willie) -- is there really a mustache there, somewhere?

It was going to be their new jersey the year they left.

» Ottawa Senators (present and past) TIDBITS & QUICK HITS!
by wprager Today at 12:18 pm

» General Hockey Talk - Injuries, signings, factoids + other news from around the league
by wprager Yesterday at 2:29 pm