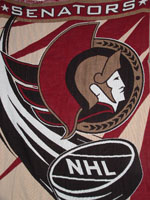 As for Lehner, in the rookie tournament he wears 40, but in the Soo he wore 35, and in Frolunda Jr he also wore 35. So you think he would switch to 35 once he made the team.

Number of posts : 23386
Age : 30
Location : We The North
Favorite Team : Ottawa
Registration date : 2010-02-09
Don't buy a Lehner jersey until he actually makes the team (or if he makes the team, still not guaranteed even though he looks promising). 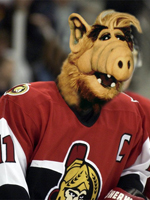 Number of posts : 5817
Favorite Team : Ottawa
Registration date : 2008-08-12
I hope Karlsson doesn't plan on changing his number. I'd really like to get one of his jerseys for this season.

Re: Purchase of a new jersey - Karlsson number changing?

» Ottawa Senators (present and past) TIDBITS & QUICK HITS!
by DefenceWinsChampionships Today at 1:23 pm